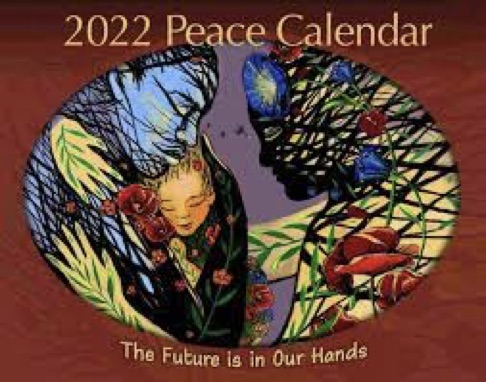 2020 will be remembered as one of the worst times in recent history. With Covid-19 spreading like wildfire across the globe, those with economic privilege stopped, sheltered in place and began to stockpile supplies to prepare for the unknown. We were advised to social distance, wear face masks, use hand sanitizer and avoid/limit human contact. Large parts of the economy were shuttered, leaving millions without income and the daily necessities of life, or with no choice but to continue to risk their lives in “essential” jobs.

In communities large and small, people organized to help their neighbors. From distributing homemade face masks to stocking free pantries, grassroots efforts used community outreach and social media to pull together to help one another and get through this together.

Mutual aid is a simple, ancient practice. While not a substitute for the government action required to stem the pandemic, this inspiring grassroots action saved many lives and made others more livable.

The European colonies in the Americas amassed wealth and power through the enslavement of first Indigenous, and then African people. As the US grew and expanded, so did a system based on white supremacy created to justify, encode in law, and extend a color-based society founded in inequality, despite the rhetoric of “freedom and justice for all”. It spawned the system of terror and violence we know as Jim Crow in the South, but also Northern discrimination and denial of opportunity, the “law and order” rhetoric that undergirds mass incarceration and police violence, and the voter suppression we fight today.• Interwoven with this ugly history is an often hidden story of Black rebellion and resistance whose most recent expression is the Black Lives Matter movement. In the wake of the 2020 police murder of George Floyd, BLM became a worldwide rallying cry for the long-overdue reckoning with the ways white supremacy still poisons societies across the world.

Poland’s Ogólnopolski Strajk Kobiet (OSK, meaning Women’s Strike) movement coalesced in 2016 with simultaneous protests in 147 cities, towns and villages. Despite repression and the threat of violence, they continue to resist attacks on reproductive rights and Polish democracy. The populist and nationalist Law and Justice Party (PiS) traffics in racism, homophobia and political violence. With allies in the Roman Catholic church hierarchy, PiS has rallied older, more rural, and conservative Poles to its banner, alleging “invasive foreign influences” seeking to undermine “traditional Polish family values”.
As of May 2021, state subsidies for in vitro fertilization and the morning after pill have ended; legal abortions are so restricted as to be nearly inaccessible. LGBTQ++ people and rights are also under attack as Poland is in breach of its legal obligations under the European Union charter.

In the US and many other countries, too, the rights of women and minorities are under assault as rightist forces cling to power.

What do you see here? Not a cuddly koala nor gloriously colored parrot or your beloved family dog. In its majestic oddness this rhino represents ALL the creatures of the earth - breathing, roaming, child-rearing, trying to survive. Humans have taken control of the planet, yet only now are many of us learning that the planet itself is alive, and that the interdependence of biological life is what makes continued survival possible. That trees communicate with each other is no longer a crackpot notion. That careful burning in the forest serves the trees and the humans who live nearby. That rebuilding eroded beaches in high-priced resort areas is an unwise and unjust use of resources when families don’t have clean water. Too much has already been lost, be it extinct birds, hacked out rain forest, island villages, or thousands of rhinos. Feeding the endless maw of corporate capitalism, we fail to use our human gifts to restore and nourish. Can we re-do the human job description? Can we see ourselves as stewards and scientists, not masters or owners, responsible, not for the ultimately fruitless pursuit of profit but for climate justice in a sustainable world?

MAY | And The World Changed
Lorie Shaull, photograph 2020

Almost a year after George Floyd’s brutal murder ignited global protests against police brutality and racism, former police officer Derek Chauvin was convicted of Floyd’s murder. A crack in the “blue wall of silence” and police impunity, this verdict was monumental. While the conviction offered relief to Floyd’s family and community, it provided no systemic remedy. Law enforcement officers have continued to disproportionately kill black people and have defiantly opposed BLM movement/protests, invoking their symbol of the thin blue line. Publically a show of support for police, the blue line flag has also become a symbol of white supremacy.

Activists and organizers have worked to turn the multiracial protest energy galvanized by Floyd’s murder into real policy changes. More than 30 states have passed police oversight and reform laws, many school boards have severed ties with local law enforcement, and communities are debating how best to achieve “public safety”. On a federal level, House Democrats in 2021 passed the George Floyd Justice in Policing Act to combat police misconduct, excessive force, and racial bias in policing. If passed by the Senate, it would mandate important changes in how policing operates across the country.

A culture of white supremacy and systemic racism will not disappear overnight, but these efforts show that hearts and minds can open, and change is possible if people come together and demand more from those in power.

JUNE | You Are Seen, You Are Loved
Rommy Torrico in collaboration with Galería de La Raza, digital ©2017

Artist Rommy Torrico describes this piece as honoring “my undocuqueer peers... to let them know that they’re seen and that the intimate connections we have all created are one of the most beautiful legacies we will leave behind. The quiet ways in which we have made every day a day of pride.” Rommy’s piece lifts up writer, poet and cultural strategist, Sonia Guiñansaca (left), and writer, poet and designer Alan Pelaez (see back pages for more).

The unprecedented visibility, organizing and activism by Trans people has led to both important gains and dangerous reaction. Organized efforts to limit Trans rights continue gaining ground in conservative states and violence against the Trans community, especially Trans Women of Color, remains a grave threat. Their well-being, and very survival in the face of repeated marginalization and violence, depends on the queer community and active allies.

The lives of many disabled Americans opened to new possibilities with the passage and evolving implementation of the Americans With Disabilities Act (ADA) since 1990. Those victories resulted from the disciplined organizing and direct action of the disability community and allies. Access is more than getting into buildings. The Covid pandemic revealed the ways our patchwork healthcare system and ableist society still undervalue the lives of disabled elders, adults, and children.

Much remains to be done: strengthening in-home support systems; rooting out ableism and stigma in the medical community; combatting paternalism and coercion in mental health and crisis response networks. Resistance to the status quo continues to fuel efforts for social change. The disability community is diverse and intersectional; it continues to organize and fight invisibility and discrimination. Incorporating disability experiences, perspectives and political wisdom creates social spaces that offer more of the safety, respect, and human dignity all people deserve.

Mandela is values-driven business with workers’ lives and community benefits at its core. Founded in 2009, Mandela nourishes its West Oakland, CA neighborhood with healthy food, wellness resources and collective ownership. It sources from local entrepreneurs with a focus on Black and Brown farmers and food makers.

Equal Exchange, founded in 1986, provides organic coffee, bananas and chocolate to Mandela Grocery. EE’s mission is to build long-term trade partnerships that are economically just and environmentally sound, to foster mutually beneficial relationships between farmers and consumers and to demonstrate, through their success, the contribution of worker cooperatives and fair trade to a more equitable, democratic and sustainable world.

Equal Exchange is one of the largest democratic worker cooperatives in the US. It’s task of creating a just food system is daunting in the face of ever-increasing consolidation by soulless food conglomerates. It needs our support: look for and ask for fairly traded and organic food. Working together we can make a difference. (more info in back)

Just as they did during the AIDS crisis, 1199/SEIU nurses and other essential workers faced down fear during the COVID pandemic and provided quality, compassionate healthcare to the sick and dying. In the process, many workers themselves died. Essential workers in all areas – janitors, food processors, firefighters, garbage collectors, homecare workers – did their jobs, at great risk, so our nation could continue to function.

1199, based in NYC, has 400,000 members and is the largest SEIU local in the US. Founded in 1932, it has a proud progressive tradition. It was the first union to oppose the Viet Nam war and it’s list of pro-worker achievements is long and varied.

SEIU, with two million members, celebrated its 100th anniversary on April 23, 2021! It is the major union backing the Fight for $15 struggle which is targeting McDonald’s obscenely low wages.
Unions, such as 1199/SEIU, under constant attacks from the right, will continue the fight for worker rights and a “more just and humane society.”

The organizing and voter turnout efforts of the 2021 elections led to an effective, coordinated pandemic response and meaningful economic relief. Some progress is being made on the climate crisis, racism, poverty, voting rights, criminal justice reform and more. The 2022 federal elections will either enable further progress or stop it cold. We have seen the power of grassroots organizing. So have Republicans, who introduced over 350 voter suppression initiatives in 2021, along with gerrymandering and other democracy suppression efforts – their only path back to control. Elections are certainly not our only tool for social transformation, but recent years have shown them to be vital areas for us to educate, mobilize and engage. And the results have been quite impressive in Georgia, Arizona and elsewhere. Knocking on doors, phonebanking, texting, lawnsigns, sending donations and talking with family, friends and neighbors all make a difference. The outcome of the “mid-term elections” will determine whether we continue making progress on the issues that we care about, or have to fight off further repression, attacks on democracy, healthcare, fundamental human rights and more.

Land Back is a broad movement that seeks to re-establish Indigenous people’s access to, and governance of our historical and traditional lands. Land back is about confronting colonialism at the root. It’s about fighting for the right to our relationship with the earth. It’s about coming back to ourselves, as sovereign Indigenous Nations • It challenges the theft by force, genocide and broken treaties throughout the dark untold history of the US. It challenges the Christian Doctrine of Discovery, which was later incorporated into US law, and provided moral justification for Europeans to claim territories “uninhabited” by Christians. Land defenders like Geronimo, Sitting Bull, Carrie and Mary Dann, and numerous nations across Turtle Island have stood up physically and legally to defend our traditional territories. Our people have a unique spiritual, cultural and historic relationship with these lands and it is our inherited duty as stewards to protect and preserve the land for future generations.
– Awhenjiosta Myers, Onondaga Nation Eel Clan

From the smallest microorganisms to human beings, all life on Earth shares a common ancestor: everything is connected to everything. But so many of us fail to see this mutuality. We live separate from the natural world, focused on screens and the materialist and capitalist values that are the foundation of our society. Restoring our relationship with the Earth is no small task. How can we cherish beauty? Cause less harm? Show care to all living things? As individuals drawing our life from Earth’s resources we need to use the love we have for each other, and future generations, to demand more from our leaders and create a change that will ensure the continuation of life.